A very common thing is to think about our country with some sort of superior attitude. Like being part of a nation give us just the right to be proud and sometimes without understanding why, or because we are united under a flag. I belong to Italy:that’s what we would like to hear in the streets outside our motherland, chin up and right look, with no compromises.

The strict connection with the US has deep roots in the film industry, starting many decades back and passing by our days, when it’s hard to find a well paid job (or a job at all) and too many of our best young filmakers, splitted in different categories, leave the country to seek fortune around the world. And just as the first times of the last century, a huge group of immigrants has decided to land in the United States of America, Los Angeles to be sure.

Established that we know our own history, the wheel is rolling again. Nowadays we can find a lot of talents in here, young people that work with success or looking for new opportunities to create a career in a business that seems easy but hide so many issues: the film market. Terms such as movie, actor, director, sound editor look like something awesome, but instead they are roles full of obligations: you need to work hard to get them and have some respect.

Italians do it better. I want to share on these pages three names of somebody who’s building its own path, connecting Italy and US in the name of love, a passionate love for the Cinema: Luca Nemolato, Roberta Geremicca and Paolo Cognetti. The first one is a visual effect designer, the second one is an actress and the last one is a music composer. Everyone is working at its best to join the majors, while they’re having experiences in the indipendent film industry. 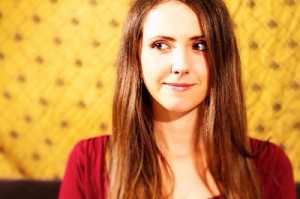 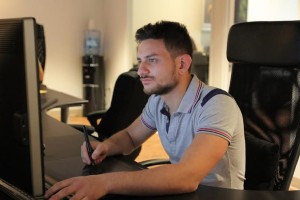 Save the names, if you need a list to bet on the future I recommend these professional guys, common person that have chose to change their lives and discover the other side of the planet. Sometimes what you need is some courage, so take a breath, be a brave “explorer” and pack your stuff. No time for pioneers anymore, if you wanna embrace this kind of job it’s your time to move. And dock to Hollywood.