A crowd beyond expectations, a success hoped and finally achieved More than two hundred people attended the new edition of Film 4 Meeting 2014 – Los Angeles Convention, fully organized by Film 4 Life cinema brand, directed and founded in 2008 by Simone Bracci. Consensus and praises for the second achievement in the City of Angels, two years after the first convention, a short event in New York, and at the same time the annual edition in collaboration with Roma International Film Festival.

The Los Angeles event ended sensationally at the Quinn Studios with great participation of many Italian and American art industry experts living in California. They joined together in sponsoring cinema and helping rising artists who presented their works to the audience under the direction of young American Stephanie Panisello, supported by the touching and encouraging opening speech of the testimonial Giorgio Faletti.

Film 4 Meeting started with heartfelt thanks to sponsors and supporters, then left space for Forza di Vivere, charity association fundrising for research on PSP (progressive supranuclear paralysis), afterwards it was time for the downright performances, cornerstone of the event. The first on stage was Elodia Agostini, rock singer who opened the Convention playing the ballad One Thousand Days. The following performance highlighted the talent of Luca Nemolato as concept artist, his reel underlined his abilityto work at the highest levels in Hollywood. To follow Simona Manfredi, director able to easily deal with different genres, who presented the trailers of You got this and Fino all’ultimo minuto. Next on the list was Andrea La Mendola, from Turin he is director, scriptwriter and producer, and thanks to his short-film (a psychological thriller) Echoes won the online contest of the Convention.

The live performance of Alessia Bonacci was highly applauded for her duet with Eric Colton inspired from Off Stage Fright, trailer of the movie with the same title waiting for production. Then Stefano Galli, a very appreciated photographer, who undertook the first part of a travel in the heart of Lamerica shot an amazing documentary with this title and showed its trailer. Emanuele Mengotti lead the audience back in time, on Mozart’s notes he gave space to the extraordinary teaser of The Plague Doctor, a modern interpretation of an old Venetian legend about which is writing the script for a movie. On the other hand, Ashley Monti, a Roman grew up in Canada, proved herself thanks to videos inspired from her two works, The Divide e The Metronome, interesting examples of personal style as regards photography and editing.

High expectations for the video exhibit of Paolo Cognetti, one of the most applauded composer, who shown his versatility through two important works: Roots, led and orchestrated at the Warner Bros Studios in Los Angeles and Aurora, a seven piece suite for voice, piano, recorder and double bass recorded in Valencia Cathedral. Guja Quaranta closed the exhibitions with a video she produced We are all made here, directed by Bruno Miotto. A new and highly appreciated kind of commercial-short movie (in this case for Hogan) that underlines the oustanding quality of her work.

The idea of Film 4 Meeting is to strengthen this cultural connection between Italy and USA, a continuous network streaming that works to promote new cinema talents, high level considered and aware of being able to aspire to be leading figures in the international artistic world.
Beginning from and independent foundation and showing to the the world that in Italy you can start up from a reality as Film 4 Life that searches for and values the most pure talent: invest to believe. 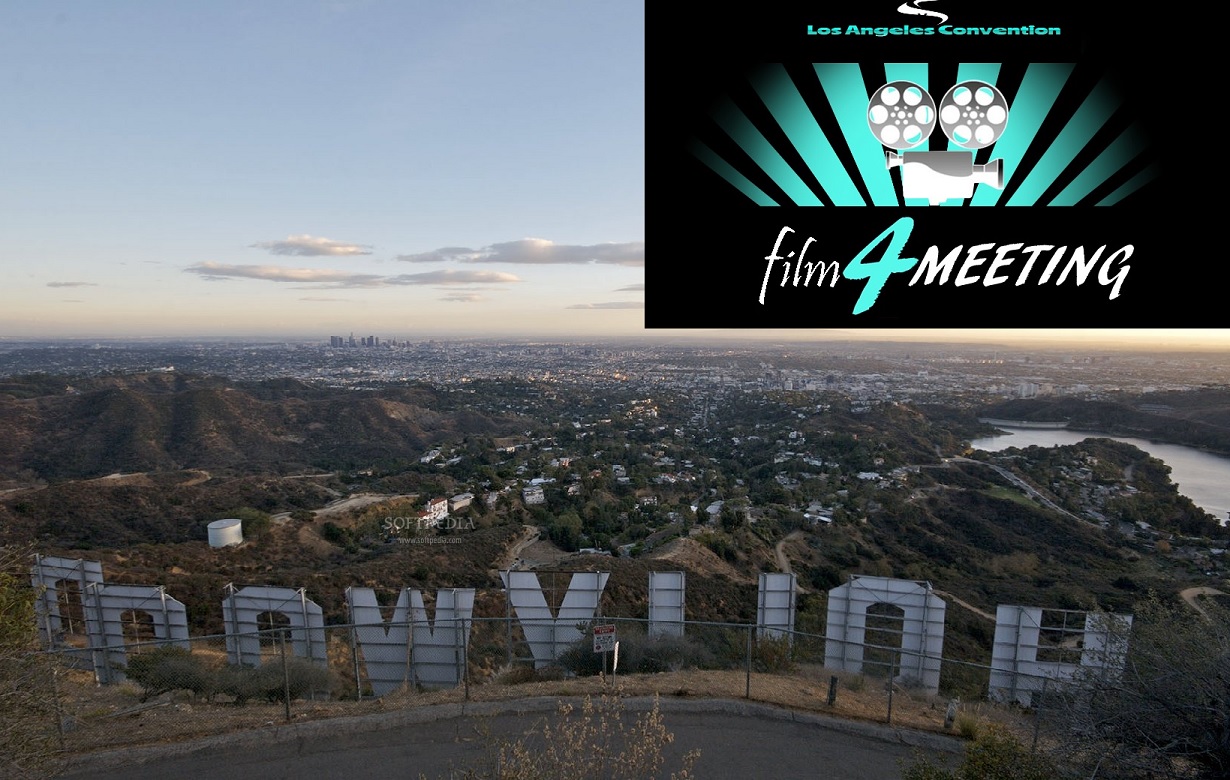