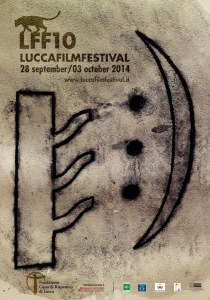 To the American director are dedicated a photographic exhibit suggestively named “David Lynch. Lost visions. L’indiscreto fascino dello sguardo” where many of the photos, litographies and videos he made through years can be admired, as well as a conference and a whole retrospective of his films.

David Lynch will stay in Lucca for same days and he will take part in many events. On Sunday September 28th at the complesso di San Micheletto he will participate in the conference “Meditazione trascendentale la coscienza nell’arte e nell’economia” where Prof. Hagelin, President of the David Lynch Foundation and Pietro Pietrini from the University of Pisa will be present too. On Monday September 29th at 10 a.m. at the auditorium of San Micheletto he will give a lecture on film making while in the evening, at the cinema Moderno, he will receive a lifetime achievement award. During Lucca Film Festival the audience will have the chance to see all the films directed by Lynch as well as three short films The amputee, Six men getting sick and The alphabet as worldwide premieres.

The American director is not the only film-maker celebrated in this edition of the festival. John Boorman will attend the event too. On the 2nd of October the famous English director will give a lecture on film-making and in the evening of October 3rd he will receive a lifetime achievement award.

The ceremony will be followed by the screening of the film “Queen and Country” presented at the Cannes Film festival in 2014.

The festival will honor also the Brasilian director Julio Bressane showing, as national premiere, his latest film Sentimental Education and the Italian artist Pier Paolo Pasolini with the screening of his movie Il Vangelo secondo Matteo on the 2nd of October.

Thanks to a prestigious and tempting program the tenth edition of the Lucca Film Festival intends to be an unmissable event for all the movie fans.

For detailed information on the program www.luccafilmfestival.it