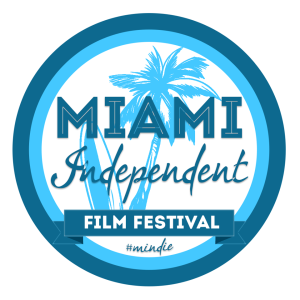 “We are proud to announce that for the Mindie June 2015 Edition, we have accepted 59 films from 32 countries.
We want to thank all the worldwide filmmakers that have been part of Mindie and we would like to congratulate the winners of the June Edition for each category, which will then compete to be screened at the event in 2016.
Laura Gasperini & Valentina Vincenzini,
Festival Directors
Miami Independent Film Festival

Founded in 2015, Mindie – Miami Independent Film Festival is an ongoing film festival that works on two different levels: monthly competition and annual event. Last year, Mindie – Miami Independent Film Festival received a total of 962 film submissions from 64 countries in the World and they all participated to the monthly competition.

All 962 films were evaluated by a jury of industry professionals on their overall quality, production value, development of the story and cinematography. Every month, the jury selected the winners of each category, for a total of 46 monthly winners + 12 special mentions in 2015. In early 2016 the 2 Festival Directors and the Jury President selected the finalists among the 58 winners.

The finalists are going to be screened at our 1st Mindie Event.

During the festival we will award the following categories:

Each selection is subject to a vote of several jury members.
At the Annual Event we are going to screen:

The program will be announced soon, stay tuned!

See you in June at the 1st edition of Mindie – Miami Independent Film Festival.